Fetal Alcohol Spectrum Disorders (FASD) is an umbrella term describing the range of effects that occur in an individual prenatally exposed to alcohol.

Center for Family Strengthening promotes a local culture that supports women in their efforts to abstain from alcohol, tobacco or other harmful substances during pregnancy.

Our vision is a San Luis Obispo County community where every child is born free of the effects of prenatal exposure to alcohol, tobacco or other harmful substances.

In 2005, the US Surgeon General stated, “No amount of alcohol consumption can be considered safe during pregnancy.”

Key Facts on Alcohol and Pregnancy 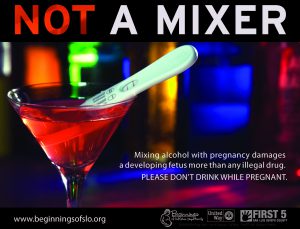 There is no safe amount or type of alcohol to consume during pregnancy. Any amount of alcohol, even if it’s just one glass of wine, passes from the mother to the baby. It makes no difference if the alcohol is wine, beer, or liquor (vodka, rum, tequila, etc.)

A developing baby can’t process alcohol. Developing babies lack the ability to process alcohol with their liver, which is not fully formed. They absorb all of the alcohol and have the same blood alcohol content as the mother.
Alcohol causes more harm than heroin or cocaine during pregnancy. The Institute of Medicine says, “Of all the substances of abuse (including cocaine, heroin, and marijuana), alcohol produces by far the most serious neurobehavioral effects in the fetus.”
Alcohol used during pregnancy can result in FASD. An estimated 40,000 newborns each year are affected by FAS, Fetal Alcohol Syndrome, or have FASD, Fetal Alcohol Spectrum Disorders, with damage ranging from major to subtle.
Up to 1 in 20 U.S. school children amy have an have FASD. The rates of FASDs are estimated to be comparable to the rates of Autism. FASD is more prevalent than Down Syndrome, Cerebral Palsy, SIDS, Cystic Fibrosis, and Spina Bifida combined. Alcohol use during pregnancy is the leading preventable cause of birth defects, developmental disabilities, and learning disabilities.

FASD Prevention efforts include raising community awareness about the benefits of healthy pregnancy and the consequences of prenatal exposure to alcohol, tobacco or other harmful substances. 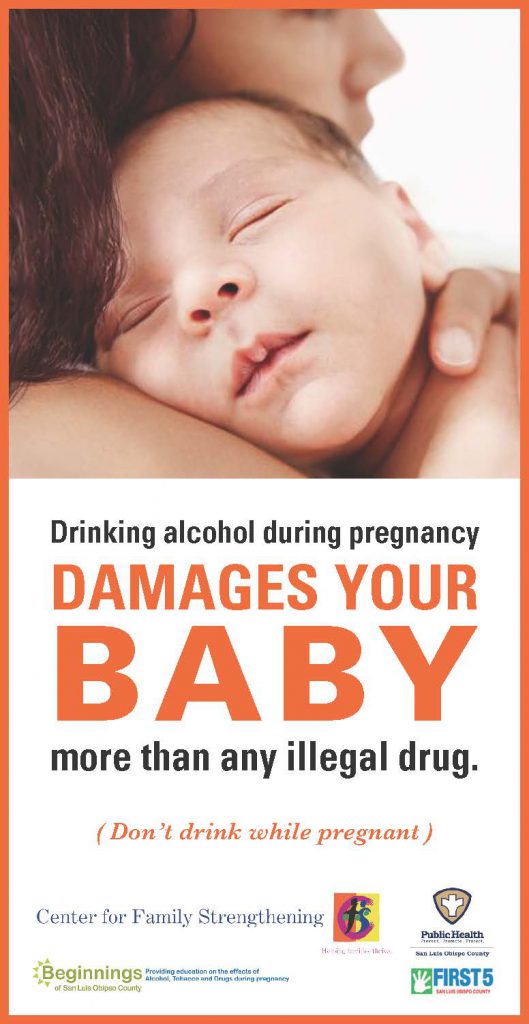